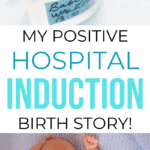 My Positive Hospital Induction Story with My First Baby

You go through so many emotions when you’re planning a natural birth and have to go to the hospital instead.

In summer of 2017, we were planning for the birth of our first little one. I had miscarried my first pregnancy, so I was incredibly nervous throughout M’s pregnancy. We were planning a natural birth with a program called “Blissborn”—a lot like the more well-known Hypnobirthing.  I was all about doing the birth right—no medication, skin-to-skin, delayed cord-clamping, immediate breastfeeding!

Not that I judged others who wanted to do it differently! I just knew what I wanted for myself and to embrace my hippie side! I devoured Ina May Gaskins book “Guide to Childbirth” and hoped for a birth story similar to the women who birthed their babies at The Farm.

There was nothing I could do to make my birth story exactly what I wanted, but I could plan and hope to my heart’s content. My grandmothers and mom had all had natural births and I felt that it was in my genes to have an easy birth.

Of course, nothing ever goes as planned!

It turns out, my husband was a breech baby and his mom had to have a c-section with him. Apparently, in some studies, babies whose mother or father (or both) had been breech when labor started had a 50% higher chance of being breech themselves.

After a complicated situation about additional ultrasounds, potential complications, and terrible advice from a midwife (who left the profession after I gave birth), M was found to be breech at almost 38 weeks.

The midwives at my birth center gave me two options: an external cephalic version or definite transfer to the hospital for a c-section. A c-section wasn’t in the plans, so I scheduled my ECV.

That Friday, my husband and I took a sick day from school to go to the hospital, where we spent 2 hours, then were told that they were swamped with women giving birth and had no time for an ECV. We went home to come back the next day.

The next day was calmer, and we were admitted. The doctor wanted me to have an epidural for the ECV, which I refused no matter how much she pushed. Instead, I accepted Nitrous Oxide gas. So, she and a nurse started the procedure.

They dug their hands into my abdomen, lifting M out of his position and rotating him manually into a head-down position. It was painful, but I felt incredibly calm with the Nitrous! M turned after only 2 rotations that lasted about 10 seconds each!

The procedure was extremely quick, and extremely successful!

When they went to listen to M’s heartrate, his heart was extremely slow…

In a flurry, the nurses threw on their operating room gowns. They immediately wheeled me into another room for an emergency C-section.

Thankfully, I still felt calm because of the nitrous, but my poor husband was terrified! By the time that Phil got into the other room with his scrubs on, M’s heartrate had gone back up and I was given the okay to rest, still pregnant!

But the fun was only just beginning.

After 12 hours of monitoring M’s heart rate, they decided that the decelerations that happened every 3 or 4 hours were too risky to allow to continue. I needed to be induced. This was the true turning point when our planned natural birth turned into giving birth in the hospital.

It wasn’t in the plans, but at least (if M stayed head down) I would get to have a vaginal birth. The nurses and doctors explained that an induction would take a long time and to settle in for a long stay in the hospital, especially since I did not want to begin my induction with pitocin.

They started my induction on Sunday afternoon with a bulb, which, unfortunately, fell out and made no progress what so ever.

Next, I was given a dose of misoprostal. It made me able to feel the contractions I was having, so it was a good start, but hardly got me to where I needed. They tried a bulb again on Monday afternoon, which finally got my labor going.

Unfortunately, they needed to add the smallest dose of pitocin into the mix in order to progress labor quick enough to allow the induction to continue (and not force me into a c-section, which I did not want). By Monday night, I was at about 6 cm and could no longer handle the contractions that were one on top of the other with no break in between.

I was freezing cold and shaking terribly through each contraction. They were relentless.

I asked for an epidural so that I could get some sleep and PRAY that in the morning I would be ready to push.

It was the best decision I could have made.

Honestly. If you are a mother who wants to do it natural, you’re a bad ass. If you totally want an epidural because you don’t want to handle the pain, believe me, you’re still a bad ass pushing a seven pound or so baby out of your body.

I did not feel that an epidural prevented me from experiencing birth, and it did not make me less of a mother somehow! It allowed me to get rest that I desperately needed!

(*steps down off of soapbox*)

After a night full of tossing and turning, I woke up.

When they checked me around 8am, I was fully dilated. My waters still had not broken and I had no urge to push. They waited an hour or so before breaking my waters manually, and I waited another 20 minutes for the urge to push before they decided that they would coach me through it.

Sweating and hot, completely naked, I laid on my side with my mom holding one leg and my husband telling me positive affirmations and encouraging thoughts. I pushed calmly for a little over an hour with each contraction and M was born at 10:51 am!

It was an incredible experience! When the doctor laid M on my chest, he was calm and alert (the doctors freaked out a little that he wasn’t crying, but I knew instinctively that he was okay). He immediately looked up at me and made eye contact.

Phil said something to me, and M heard his voice and turned his head toward him! He recognized his dad’s voice!

M never breastfed, unfortunately, due to a tongue-tie, but he kept that excellent eye-contact whenever I would bottle-feed him, and I never felt like I missed out on making that connection with him.

Even though we were planning a natural birth and had to go to the hospital, it was still a positive experience. Aside from the need to be induced, the whole experience was extremely calm. The doctors and nurses followed my birth plan as much as they could, and I felt extremely validated! My feelings were listened to, and the birth was fulfilling!

From start to finish, labor lasted 42 hours. It may not have been the experience that I wanted, but I was incredibly pleased with myself!

ETA: If you would like to read the birth story of our second son, read it here!

I'm Dawn! I believe that life is a constant learning process—it is messy, it is beautiful, and it should ALWAYS be celebrated!

My passion is helping you live your most amazing, fantastical, successful, and joyous life as a mom! I'm here to help empower you to find balance and establish a positive mindset.

Will you join me on this journey of self-discovery and joy?!

(Click the pic and read more about Wild Simple Joy!) 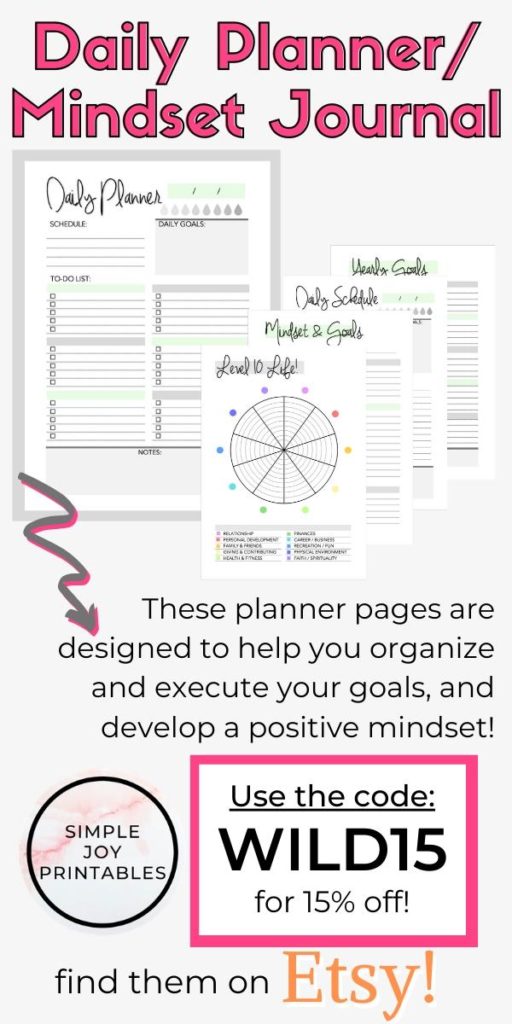